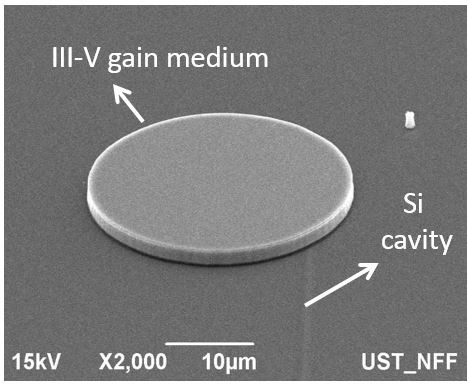 Silicon photonics that leverage the mature silicon microelectronics fabrication process offers a seamless integration of optical interconnect on silicon chips. However, silicon as an indirect-bandgap material does not efficiently emit light in the technologically important 1550-nm telecommunications wavelengths. One way to circumvent this fundamental limitation of silicon is to hybrid integrate III-V direct-bandgap semiconductors on silicon substrates.

Since 1970’s, optical force has been studied and now successfully applied as optical tweezers to hold and move microscopic objects. Over the past few years, the fusion of photonics and fluidics has led to the research area of optofluidics. The on-chip optical tweezers, utilizing the fast-decaying evanescent field near the surface of the waveguide to generate an optical gradient force, can trap and transport microparticles that are located in close proximity to and spatially overlap with the evanescent field. 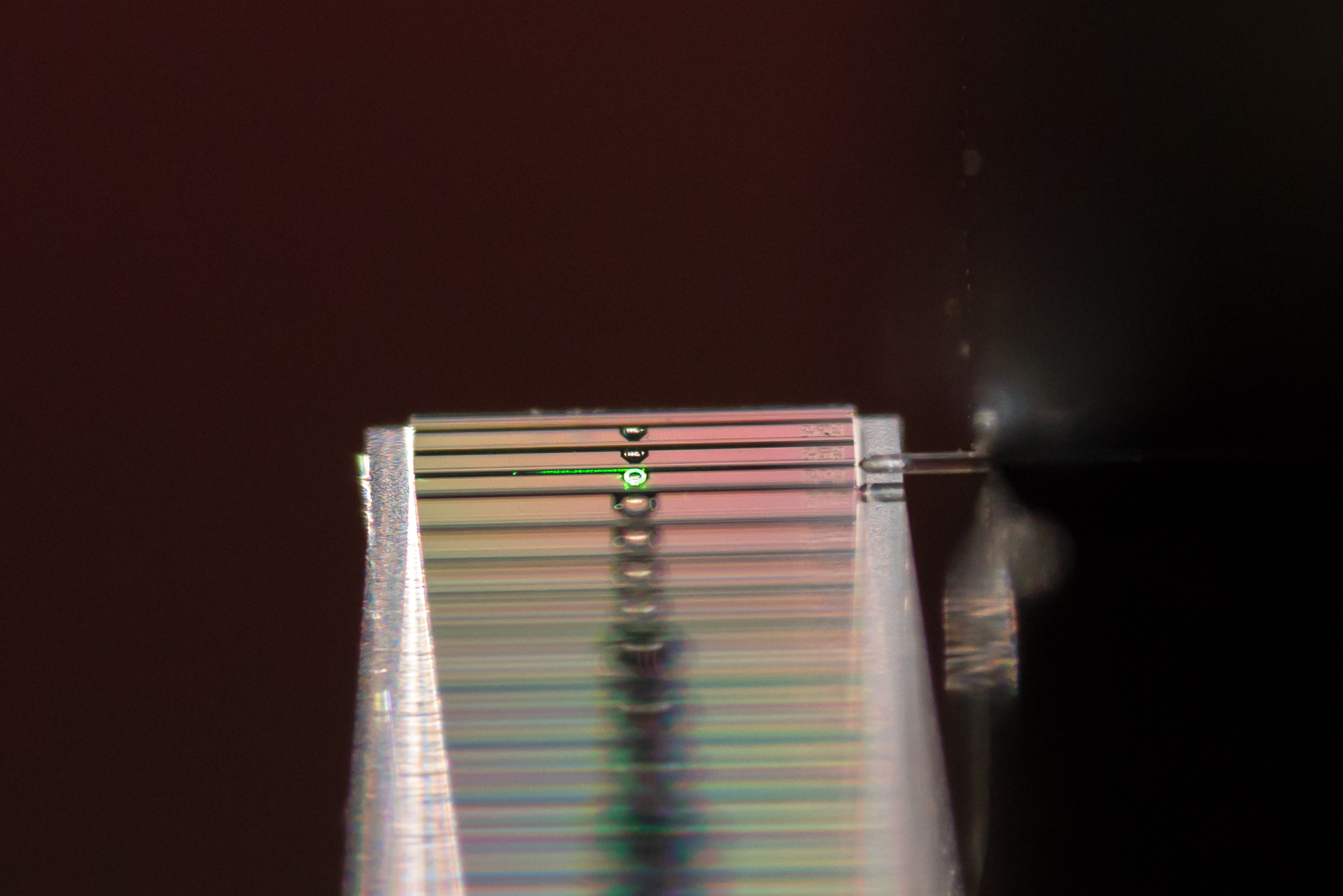